Here are five advantages of being an independent practice owner.

There are primarily two different types of optometrists: owners and employees. Choosing which type to be is the single most important decision any optometrist has to make. From that decision flow all others. Here are just five of the many advantages that you will experience being an independent practice owner.

Freedom
The primary value of being an independent practice is freedom to make your personal life and your practice life whatever you want it to be. Freedom from control by outsiders means that the independent practice can create the ideal workplace, delivering what the owners believe is the best service and the best products with the best team.

Practices that are not independent cannot choose the team, services, products, practice name, or even the structure of the practice, and in many instances, even the color of the walls. When you are part of a business structure in which you lose your independence, all decisions must be approved by someone outside the practice.

The freedom an independent practice owner has is a quality of life issue. The independent practice owner makes every decision about the practice. They can decide what days to work and what days not to work. They can choose what times to work and what times not to work. They can decide what to wear, what equipment to have, what consultation doctors to use, what vendors to use. In other words, independent optometrists can make decisions regarding everything about the practice.

A few years ago, I heard the story about a doctor who sold his practice. He, by contract of the sale, had to work for the new employer (a private equity group) for three years. After the sale, as he was walking into the examination room to see a patient, he told his receptionist that he planned to work a half day on Friday because he wanted to watch his child play in a soccer game. When he came out of his examination room the receptionist informed him that corporate said to tell him that he cannot take Friday afternoon off. He didn’t understand it at the time, but he gave up the freedom to control his schedule when he sold his practice and became an employee. His quality of life decreased when he sold his practice.

The only way you can control how you live and practice is to be an independent practice owner.

First to Market
One of the strongest advantages of independent practice is the ability to more quickly respond within the marketplace. The larger the corporation, the longer it takes for a decision to make it through the corporate process. Being first to market allows a higher product/service sale price. After a product or service becomes a commodity (such as a pair of socks you can buy anywhere) the price comes down. As an example, when a contact lens eventually hits the market that incorporates all of the features of a wearable, monitors the patient’s blood sugar in real time, has the ability to dispense medicine either by time or by body chemistry, and communicates directly with the patient’s health record, whomever brings that to market first will be able to charge the highest fee until the market becomes saturated. It’s easier to be first to market in an independent practice.

Response Time
One aspect of having a quicker response time because you are independent is the ability to immediately change the organization in order to keep valued employees. If your most valued employee says that their life has changed and the earliest they can come in is 9 a.m. instead of 8 a.m., are you going to lose them over that one hour, or are you going to make adjustments? Most of us will make adjustments. Because you are independent, those adjustments can occur almost instantaneously.

We live right now in a time of employee empowerment. It is an employee’s market right now.  Team members can quit this morning and have a new job in another organization this afternoon. Because of that, response time is essential.

Likewise, if you determine a change is needed in the practice, as the owner, you can make that change immediately. I talked with a doctor two years after she sold her practice. Her sale contract included her continuing to work for the practice for five years. I asked her what her greatest frustration was, and she said it was hearing staff saying things she considered inappropriate but not have the ability to pull them aside and recommend changing their behavior. Instead, she has to make corporate aware of the issue, then wait for them to address the problem. Anyone with management experience knows that it’s always better to fix changes now rather than later.

One way to think about your practice is that it is an engine that creates a profit. How effective and efficient is your engine in creating a profit? Let’s run a few numbers to see.

Two practices sit in the same market. Both practices have the same gross revenue collected.  Let’s say it is $1 million. They are both single-doctor practices open 40 hours per week. Practice A has a net of 30%, and Practice B has a net of 15%.

There are two lessons to learn from this:

To say this another way, the independent practice owner will always make more than an employee doctor.

Tax Advantage
The U.S. Tax code was written to the advantage of the entrepreneur. The independent practice owner has tax advantages that the optometric employee does not. This advantage is significant. 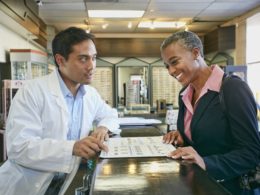 Prescribe Everything the Patient Needs

“Do you prescribe everything the patient needs?” is the first question Independent Strong asks in the section on…
byMark Wright, OD, FCOVD 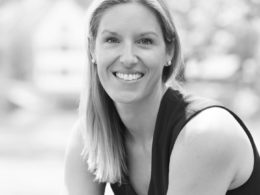 Hello, Independent Strong readers! I am so honored to introduce myself as the new Professional Editor. I’ve always been supportive…
byJennifer Stewart, OD 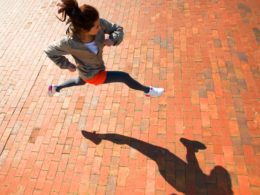 Taking the Leap into Private Practice

By definition, an entrepreneur is one who brings about innovation, bears most of the risk, and enjoys most…
byJennifer Stewart, OD 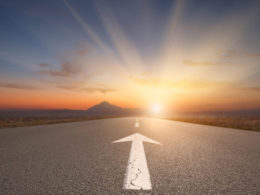 Will This Be the Year We Follow Our Passions?

One of my favorite roles in optometry is consulting, speaking, educating, and inspiring other optometrists to build authentic…
byJennifer Stewart, OD