Your employees are the heartbeat of your practice, serving as a first and last point of contact with patients. If your support staff is lackluster, your practice will be lackluster.

Here is how I recruit the best people to meet my patients’ needs and help my practice to stay profitable.

We have a three-location OD-MD practice with 76 staff members among the three offices. There are 25 people in each office including the doctors. We have three techs per surgeon and two techs per OD, and every doctor has their own scribe. We also have 1-2 employees devoted just to special testing, along with additional staff like front desk, billing specialists and surgical counselors.

Job Fairs
We’ve had great success throwing job fairs quarterly in each of our three offices. Advertised on Indeed.com, these fairs offer open interviews, so that anyone who shows up will be granted at least an introductory in-person interview.

We instruct attendees to dress professionally and to bring their resumes. When they get here, they have an opportunity to meet us and talk about the value they could offer as an employee.

We have different rooms in the office set up for each stage of the screening/interview process. In these rooms, the job candidate meets first with our human resources representative, then with the department director and our site supervisors (in charge of flow in the offices), and, if they make it through all of those previous interviews, they finally meet with me.

These job fairs are inexpensive from a dollars and cents perspective. It costs $25 per month to list an ad on Indeed.com for a job fair. Additional costs would be signage, if you wanted to put up a sign that could be seen from the street (which greatly increases visibility), and refreshments.

We arrange the job fair so that we have enough exam rooms left to continue seeing patients as the fair is taking place. We hold the fairs during normal working hours, typically for three hours, such as 10 a.m.-1 p.m. or 3 p.m.-6 p.m., and even on a Saturday morning. We want job candidates to see a vibrant office, and we want a promising candidate to have the opportunity to shadow the position they are applying for, so they can familiarize themselves with the day-to-day job.

We Ask For Case Studies From Past Jobs
The past is prologue, as they say, so we want to hear real-life examples from each candidate’s past work experiences.

We ask candidates to tell us about a work situation in which they had to manage a conflict with another employee or customer. We want to hear about the approach the employee took to resolve the conflict, including resources they optimized in the process. We want employees who are able to use the resources available to them to resolve conflict, such as tapping the expertise of a more expert employee.

We’re here as a team, and we don’t expect employees to resolve all conflicts on their own. We train them to do what is best for the patient without going beyond the scope of their responsibilities. We want employees who have proven in past jobs that they can effectively work with co-workers and managers to create happy resolutions.

Personality Testing
We’ve found personality testing to be valuable in telling us how well a candidate will fit into a particular role in our office, and how well they will work with our other employees.

We use the Wonderlic Personality Test, which you can access for free online. It assesses the candidate’s ability to use logic and reasoning and to think on their feet. With so many positions to fill, this assessment has helped us break many ties between two promising candidates. The version we use can be completed in about 15 minutes.
Editor’s Note: There are legal implications to personality testing and hiring, which vary from state to state. Our recommendation is to consult with an HR attorney before implementing any hiring practice, including personality testing, in the practice. Click HERE for a good reference on this topic.

Find Best Spots for Promising Candidates; Not Necessarily the Position They Applied For
We remember promising candidates and offer positions during the interview that they may not have come in asking or knowing about. Some of our best hires have ended up in positions they did not even know existed in the company. They might still make a great employee in another role they had not previously considered.

For example, we’ve had people apply to be a technician, and discovered through the interview process and personality testing that they would be better as a front-desk employee. When we encourage them in this direction by telling them how well we think they would fit, it gives them a confidence boost to succeed.

The goal is for an overall great team. Sometimes that means surprising a candidate with the opportunity for a role they had never considered before. 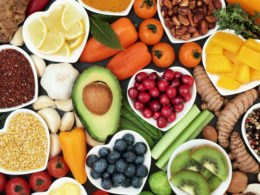 More Than an Eye Exam: How Nutrition and Lifestyle Can Improve Eye Health

We have all heard the saying, “You are what you eat,” and nutrition gives us the power to choose our health outcome.
byMila Ioussifova, OD, FAAO
No comments 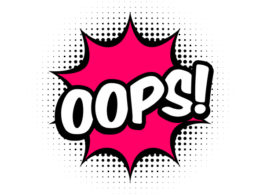 Turn your mistakes into fixes that make your practice even better.
byTurpin, OD, MS Steven
No comments 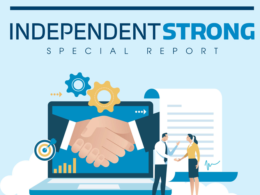 As an independent practice owner, you strive every day to succeed in a competitive market and differentiate the…
byMark Wright, OD, FCOVD 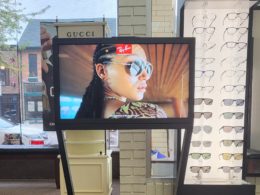 When I attended optometry school 38 years ago, I studied to be a doctor – not a business…
byBrad Oatney, OD
No comments